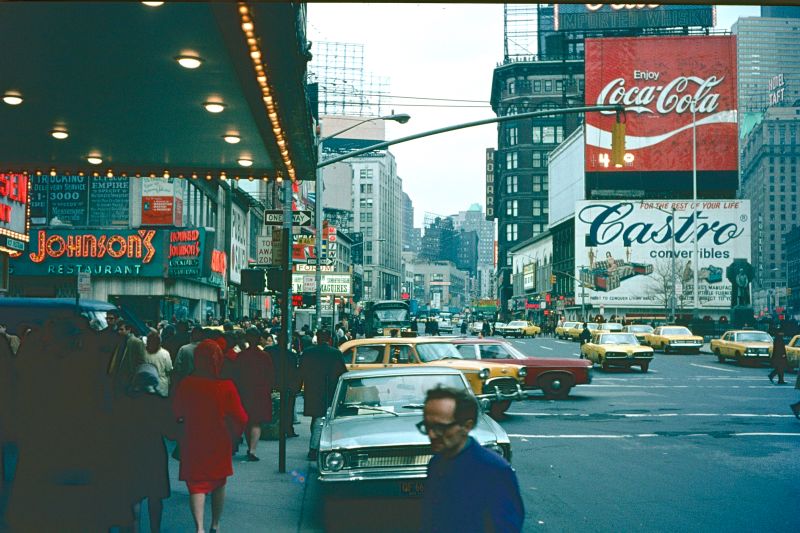 In March 1970, a traveler now living in Rotterdam paid a visit to New York City. Jaap Breedveld was in his 40s at the time. Like many tourists, he took photos that reflect the typical itinerary of a sightseer from overseas, like Times Square (above, with the old Howard Johnson’s at 46th Street on the […]

New York was an inexhaustible space, a labyrinth of endless steps, and no mater how far he walked, no matter how well he came to know its neighborhood and streets, it always left him with the feeling of being lost. Lost, not only in the city, but within himself as well. Each time he took a walk, he felt as though he were leaving himself behind, and giving himself up to the movement of the streets, by reducing himself to a seeing eye, he was able to escape the obligation to think, and this, more than anything else, brought him to a measure of peace, a salutary emptiness within… Motion was of the essence, the act of putting one foot in front of the other and allowing himself to follow the drift of his own body. By wandering aimlessly, all places became equal, and it no longer mattered where he was. On his best walks, he was able to feel that he was nowhere. And this, finally, was all he ever asked of things: to be nowhere. New York was the nowhere he had built around himself, and he realized that he had no intention of ever leaving it again.

The feeling that emerges from these glimpses of city life is roughly equivalent to what one feels when looking at a photograph. Cartier-Bresson’s “decisive moment” is perhaps the crucial idea to remember in this context. The important thing is readiness:  you cannot walk out into the street with the expectation of writing a poem or taking a picture, and yet you must be prepared to do so whenever the opportunity presents itself. Because the “work” can come into being only when it has been given to you by the world, you must be constantly looking at the world.

From: The Art of Hunger, as quoted in Paul Auster’s New York, Henry Hold and Company, New York) 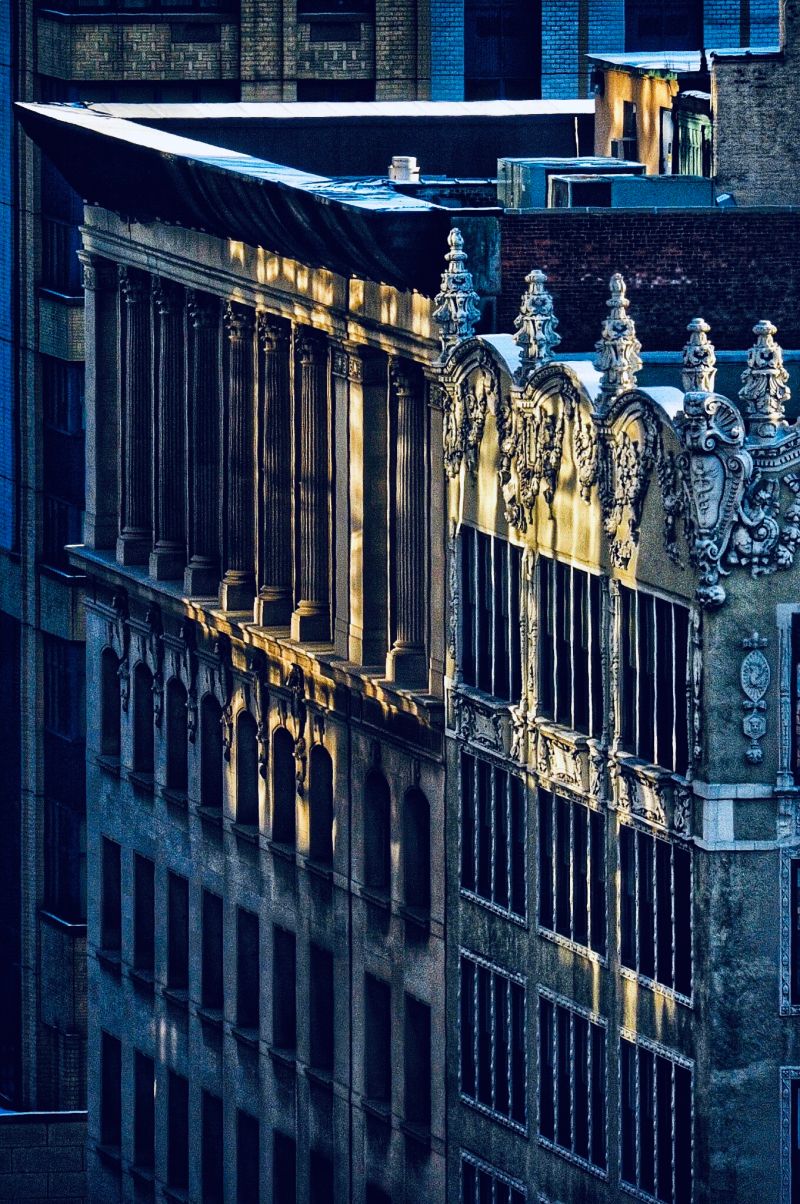 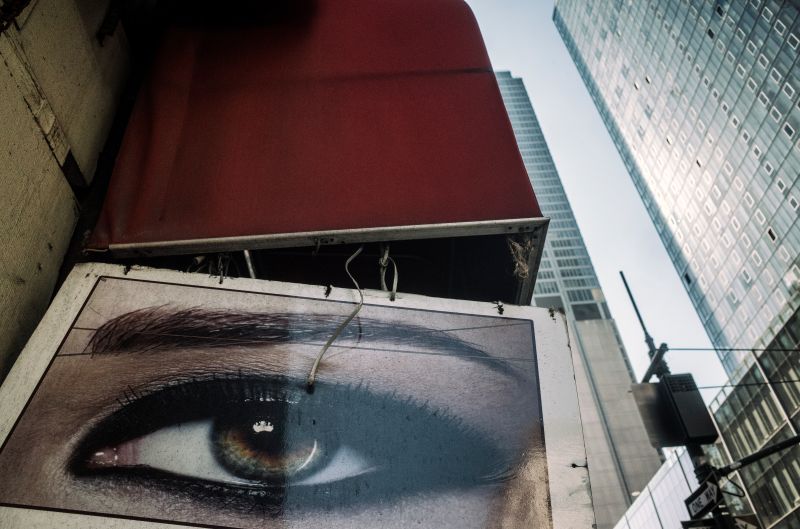 via Eye — For Earth Below 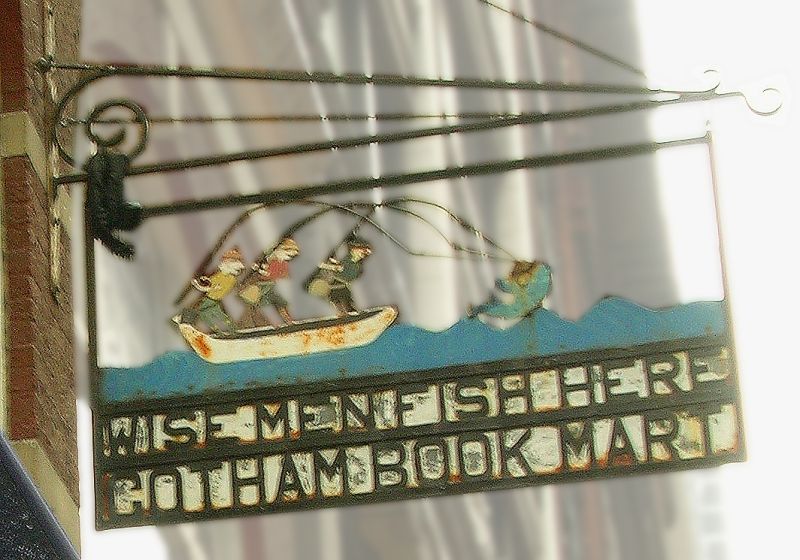 In 2005, the legendary Gotham Book Mart in New York City closed its bricks and mortar store. By 2007, the iconic Manhattan bookseller was out of business for good. Fortunately, the University of Pennsylvania was gifted much of the contents of the Gotham Book Mart, which was founded by Frances Steloff in 1920. To mark […]

via Wise Men Fished Here — Travel Between The Pages 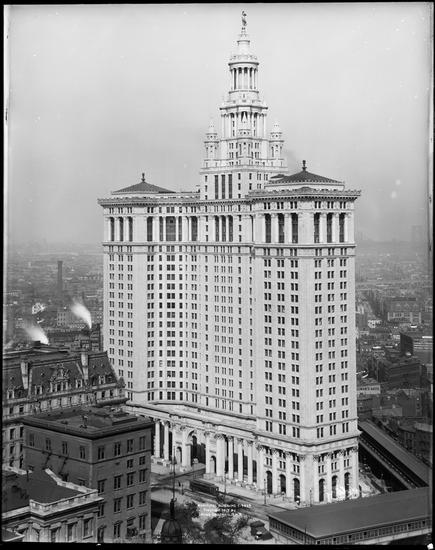 Manhattan in the late 19th century was running out of space—government office space, to be precise. City Hall, which had been home to New York’s officials and agencies since 1812, was bursting at the seams by the middle of the Gilded Age. In the 1880s, it was clear that the expanding city of more than […]

Alfred S. Mira and his realistic, gritty, intimate Greenwich Village street scenes should be better known. [“Seventh Avenue, Greenwich Village”] Born in 1900 in Italy to a carpenter father, he left school and began working for an interior decorator, dreaming of going to art school but without the 50 cents a day it cost to […]