Every man, when he gets quiet, when he becomes desperately honest with himself, is capable of uttering profound truths. We all derive from the same source. there is no mystery about the origin of things. We are all part of creation, all kings, all poets, all musicians; we have only to open up, only to discover what is already there. — Henry Miller

via Henry Miller — The Vale of Soul-Making

Cigarette ads, a burlesque house, a struggling theater, a flea circus and freak show (likely Hubert’s Museum): If you visited 42nd Street on the west side of Broadway at Times Square in 1932, this is what you’d find. “42nd Street West of Broadway” was painted that year by Edmund Yaghjian, an Armenian immigrant who depicted […]

During one of the most colorful and flamboyant phases of his creative life, William S. Burroughs was closely associated with his New York loft apartment at 222 Bowery both affectionately and aptly known as The Bunker. The scene of many legendary parties and encounters with fellow writers, artists, hangers-on, street urchins, fans and other innumerable dramatis personae, Burroughs somewhat reluctantly at times played the mulit-faceted role of raconteur, showman, marksman, chef, host and resident celebrity that would undoubtedly help to further cement the Literary Outlaw myth so closly associated with his persona.

In this warm and intimate film portrait below of his close relationship with William S. Burroughs, fellow writer and poet John Giorno recounts the heady days of The Bunker and the antics associated with Burroughs’ famous residency. The cast of creative and literary heroes and villains ranged from the Beats Herbert Huncke and Allen Ginsberg, to such luminaries as Andy Warhol, Patti Smith, Terry Southern and Victor Bockris [who would assemble various conversational accounts of the goings-on at The Bunker under the title With William S. Burroughs: Reports from The Bunker], as well as various members of the rock and roll fraternity of royals including – Mick Jagger, David Bowie and punk icon Joe Strummer.

The term ‘The Bunker’ itself stems from the fact that the apartment had no windows as well as extremely thick concrete walls which isolated it from all outside noise. Burroughs saw this as the ideal circumstances for his writing – and indeed his marksmanship – and the building served as an extremely attractive location in which to unfold his daily creative and life rituals.

During a trip to New York in 2009-2010, I made a pilgrimage to The Bunker in search of the Burroughs mythos and the surrounding historic district of the Bowery. Indeed, the Bowery itself is known for its own colorful and unsavory history as a prominent site for men’s shelters that housed many of the cities homeless, poor and indigent residents and The Bowery Mission continues to operate until today as it has done since the 1870s just several doors away from The Bunker itself.

Below are some images that I took of the front entrance, the view looking up to The Bunker loft and a street view all taken on a particularity cold winter’s day. Looking closely through the wrought iron gates, it was fascinating to still see the remnants of the YMCA logo adorning the tiled floor just inside the door as the building had served as a working YMCA. Indeed, a fascinating history of the building has also been documented by the New York Times which can be found at the following link: New York Times history of 222 Bowery 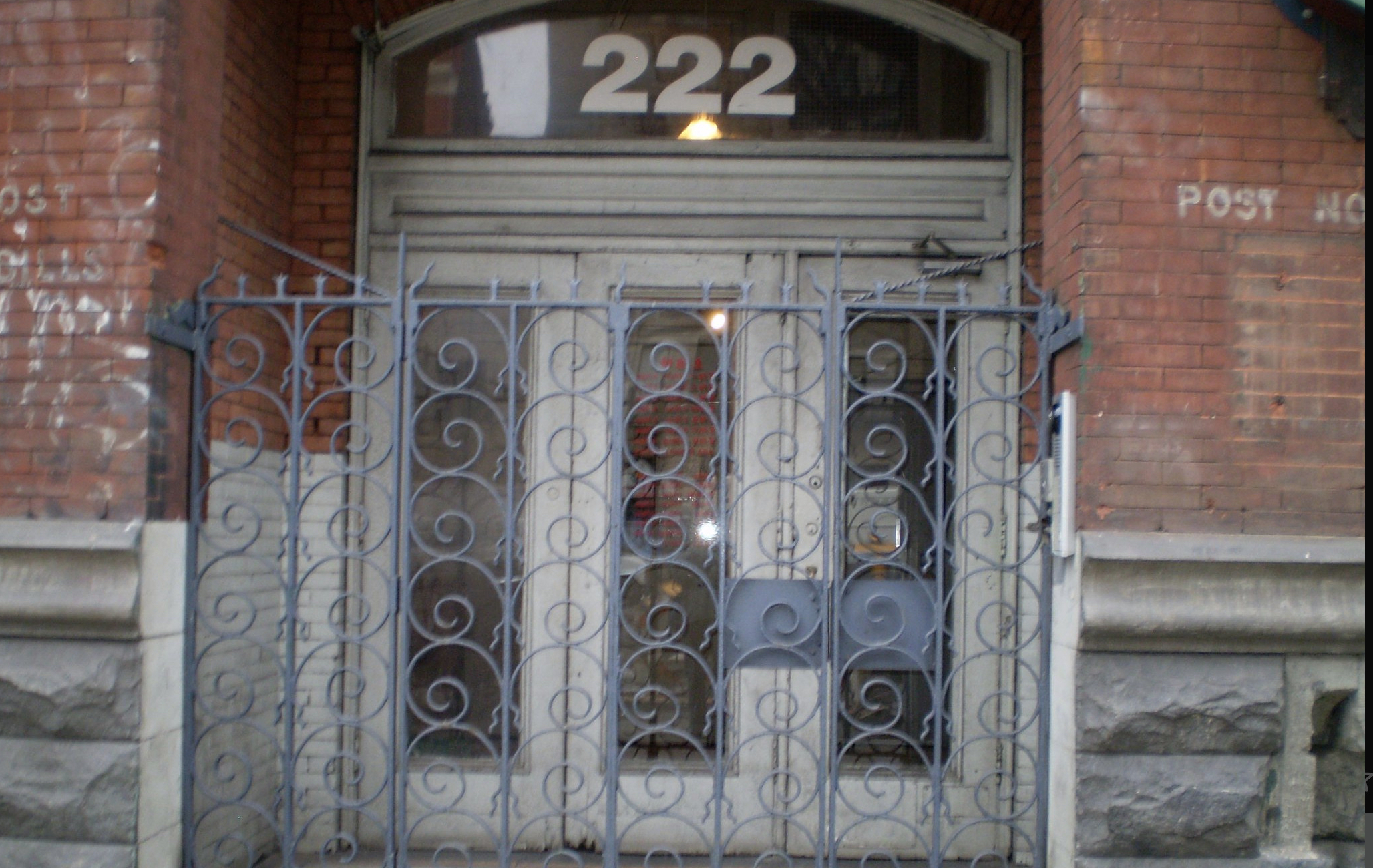 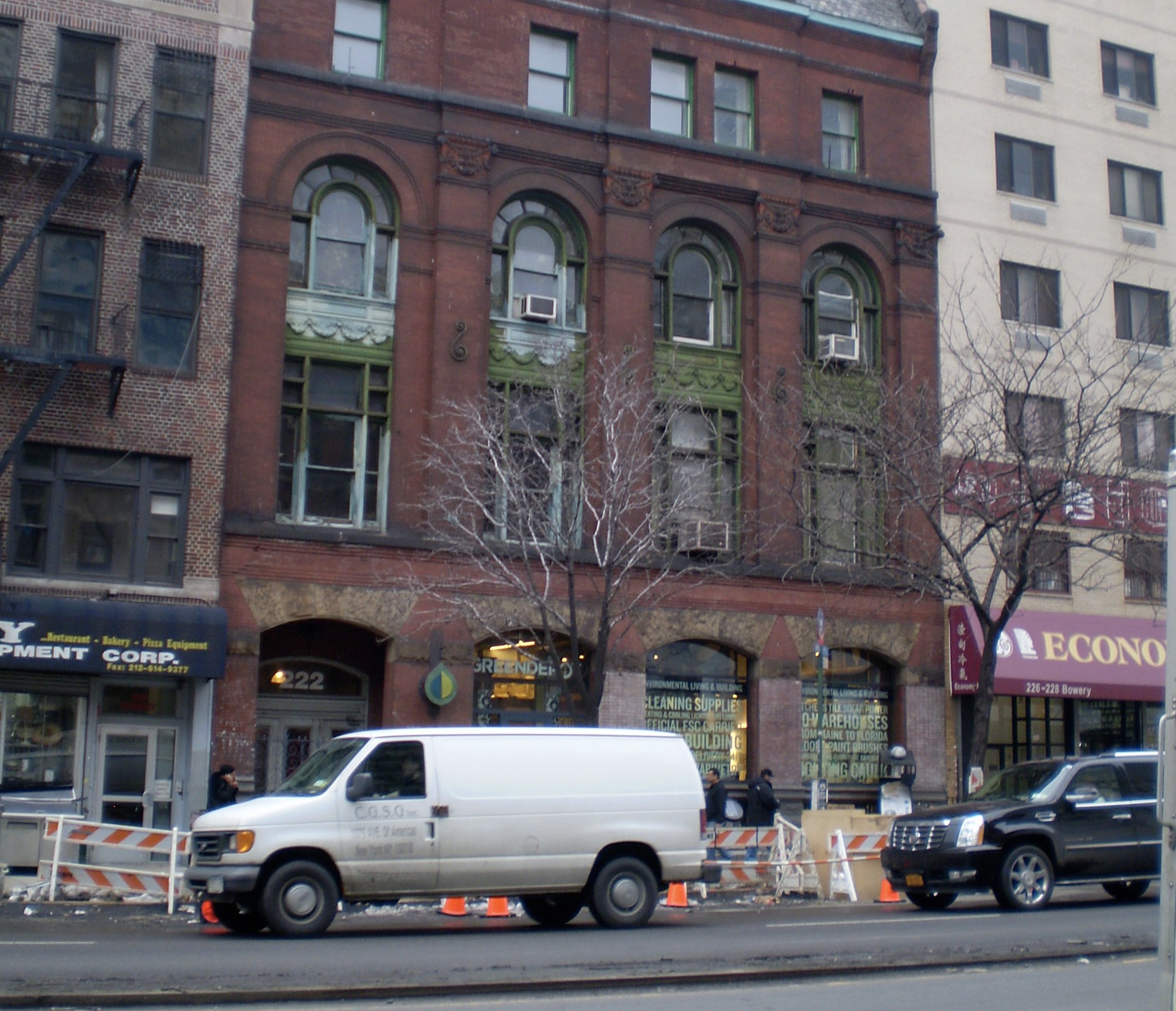 ‘The Bunker’ undoubtedly remains an iconic and important architectural and cultural reference point to one of the great periods of New York’s 20th Century literary and cultural history. Given its proximity to CBGBs which played a seminal role in the birth of the American punk rock movement that spawned a whole generation of musicians and artists, it’s hardly surprising that a pilgrimage to The Bunker was also part of the neighborhood lore and ritual for so many of New York’s avant garde and outsider scene.

John Giorno’s (1936 – 2019) fascinating and eclectic life as a poet is also more extensively documented in the first part of the film as found on the Louisiana Channel at the following link entitled: John Giorno Interview: A Visit to the Poet

Previously, graffiti’s connotations were always negative — the unwanted texts in inappropriate places: obscenities in public bathrooms, dirty little words claiming to reveal something and shamelessly posing as audacious, or simply as a desire to disfigure a wall. Then suddenly an art was born, an art of sublimated solitude, Graf, selected by random mutation of […]

Pop art icon Ed Ruscha has been documenting California culture for more than 60 years. The short film “Ed Ruscha : Buildings and Words” was recently commissioned by the Los Angeles Museum of Contemporary Art to celebrate the artist’s aesthetic. Directed by Felipe Lima, the film offers insights on Ruscha’s take on American architecture, car […]

California Dreaming — Travel Between The Pages

For half a century Hans Haacke has devoted his art practice to unsparing critiques of wealthy and powerful institutions. His work has never been more relevant.

A System Is Not Imagined — Places Journal 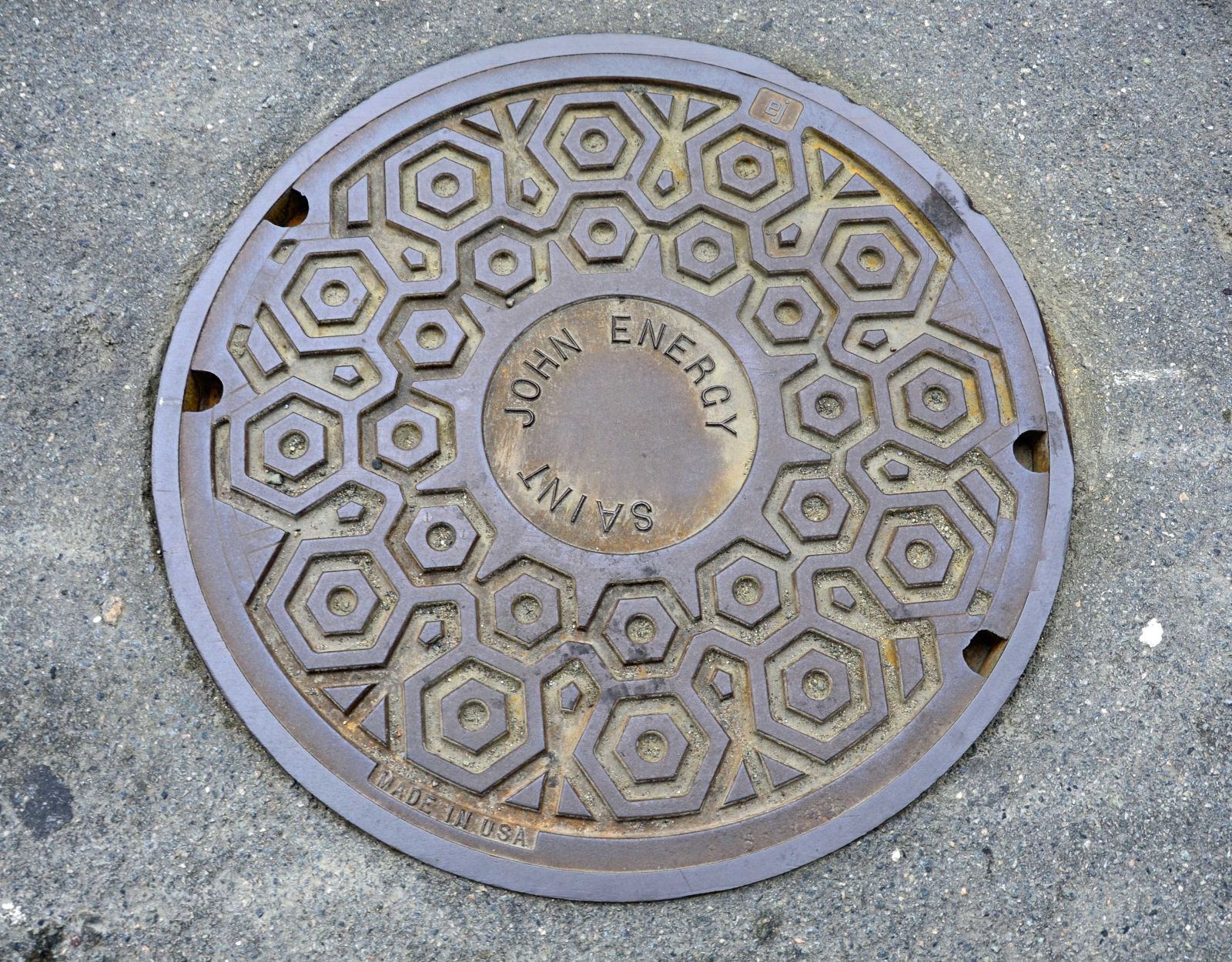 ~ Another installment of these cast iron circles, this time from Saint John, New Brunswick. Hard to say for certain, but I found this group a bit grittier than those in other places. ~ Similar Posts on O’Canada: > Halifax’s Manhole Covers > Creativity Afoot!: Toronto’s Varied Manhole Covers > Manhole Covers of Quebec […]